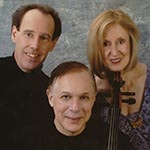 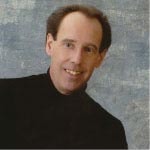 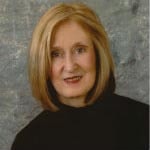 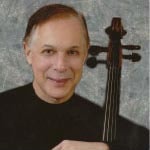 Eric Larsen was recently appointed director of the world-famous Meadowmount School of Music, and is the chairman of the piano department at the North Carolina School of the Arts. He has been acclaimed equally for his solo and chamber music performances, and has played with such artists as violinist Joshua Bell, flutist Carol Wincenc, and soprano Lucy Shelton. His tours have taken him throughout North America, South America, Russia, the Far East, and Europe.

Mr. Larsen has been active in commissioning and premiering many new American works and has recorded for Naxos, Equilibrium, New World Records, Albany, Citadel, Melodiya and Russian Disk. He has edited the three Brahms trios for International Music Company and the Wonderland Rags by William Ryden for Masters Music.

In addition to his solo performances, Mr. Larsen has appeared regularly with the Meadowmount Trio with whom he has recorded Dvorak Trios, Turina Piano Chamber Music, Chausson Concerto and Trio and a CD of American Chamber Music. He has also recorded the Complete Brahms Trios with the American Chamber Trio, the Complete Works for Violin and Piano by Arthur Foote with Kevin Lawrence and the Complete Beethoven Sonatas for Cello and Piano with Daniel Morganstern.

As a teacher at the North Carolina School of the Arts, Mr. Larsen has enjoyed considerable success in the studio. In the past few years alone his students have appeared with the National Symphony at the Kennedy Center, the National Symphony of Taiwan, the Ukraine National Symphony, the Russian Federation Symphony Orchestra, the London Philharmonic, Vienna Philharmonic and the American Symphony Orchestra in Carnegie Hall and Avery Fisher Hall at Lincoln Center. His students have traveled with him on three occasions to Russia for concerts, master classes and radio recordings in Moscow, St. Petersburg and Tombov. They have been invited to compete in the Van Cliburn (USA), Rubinstein (Israel), Leeds (England) and Cleveland International Piano Competitions and have won major prizes in the Unisa-Pretoria (South Africa), Busoni International (Italy), Casagrande International (Italy), Ibla Grand Prize (Italy), A.M.A. Calabria (Italy), the International Bach (Germany), Cincinnati World (USA), Bartok-Kabalevsky International (USA), Josef Hofmann (USA), the New Orleans International piano competitions.